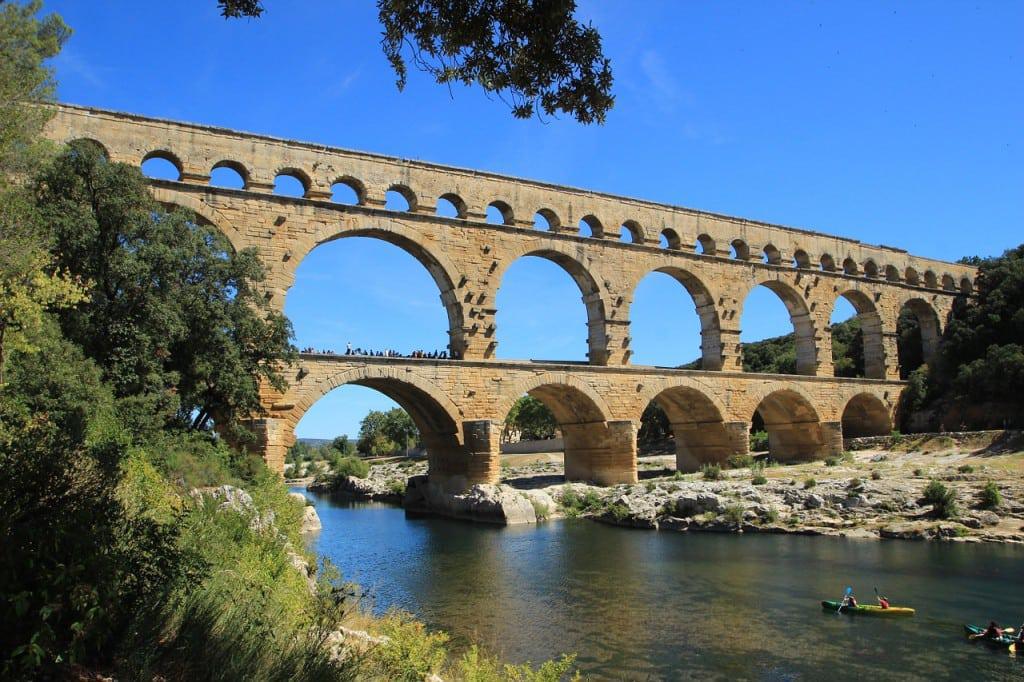 We just completed a stunning 8-day guided tour of Provence (and a bit of the Languedoc, too).  This was necessarily just a few of the highlights of Provence, as there is just so much to see and do in this historic and beautiful area. The focus was on the history and the culture of this fabled part of France, punctuated by its beauty, its food, its wines, and its lifestyle. The Mediterranean climate, the rugged terrain, with vineyards, olive groves, and lavender-covered hills and fields, the archaeological and architectural remnants of Roman through Medieval and Renaissance times, the scintillating scenery, and the careful safeguarding of the area’s resources and environment, perpetuate a history that has captivated visitors for centuries. Provence is a magnet that draws back again and again all who discover it. In a 3-part series, we recap our tour of Provence below over the span of a few weeks. Enjoy the journey, and we hope to see you next time!

The morning was spent at Nîmes, yet another important Roman Town. We observed one of the best preserved Amphitheatres in the world, with seating for 24,000 and constructed around AD90. 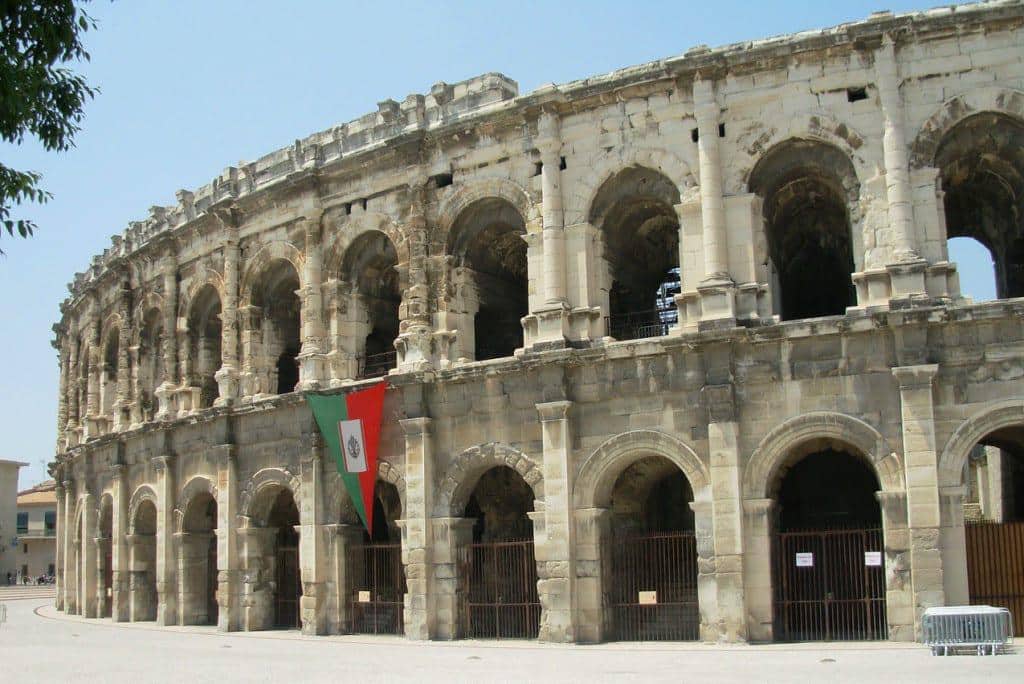 Afterward, we strolled through the old town, and visited the “Maison Carée” (the only fully-preserved Roman temple still standing), built in the reign of Augustus.  A further stroll took us into the “Jardins de la Fontaine”, one of the finest public gardens in France, the basis of which was created in 25BC when the Spring was used to supply elaborate Roman baths (subsequently modified in the 17th/18th centuries) and which remains a feature of the town today. The Temple of Diane, a Roman Nymphaeum, is part of the gardens. Interestingly, the aqueduct that brought water from Uzès, via the Pont du Gard, ended at a tower near the Tour de Magne that the Romans constructed overlooking the “Jardins de la Fontaine”, and these waters were them integrated into these gardens. 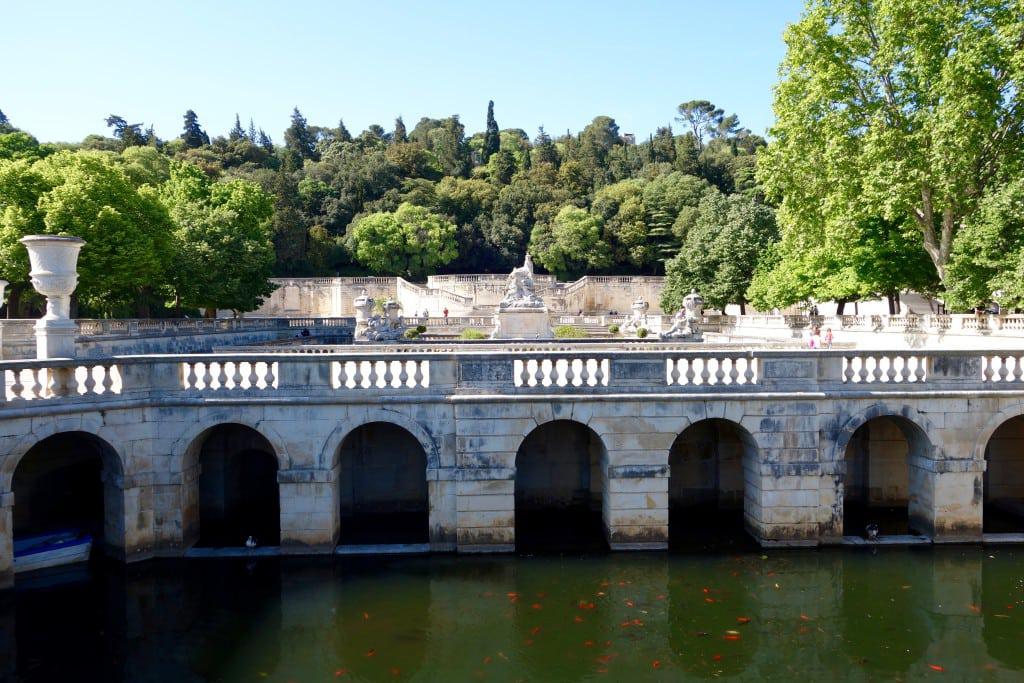 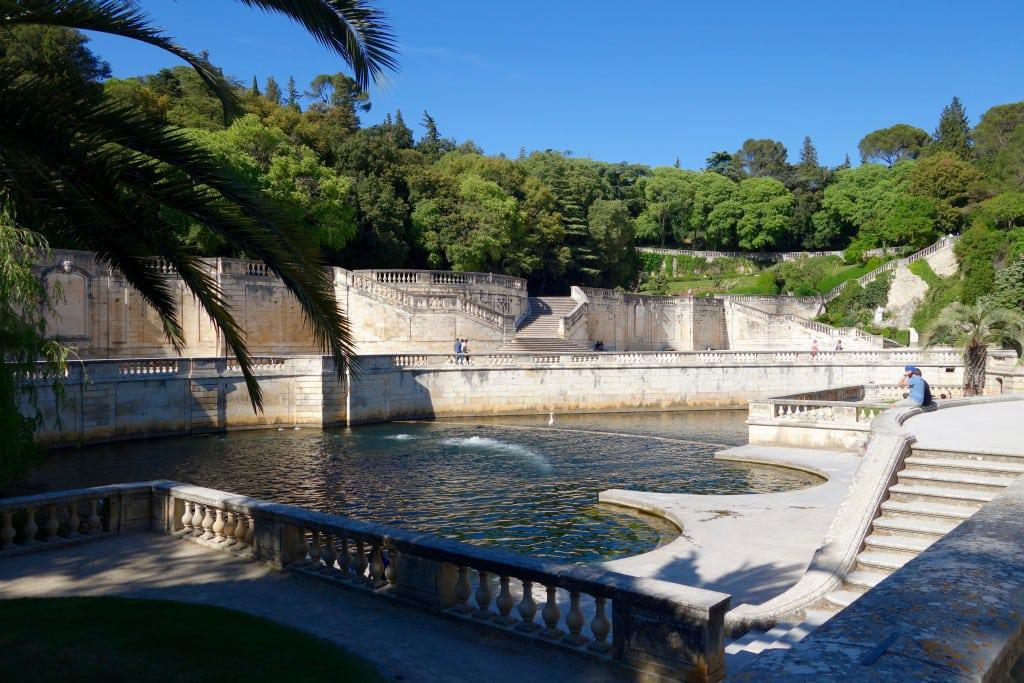 Lunch in Nîmes, with the appropriate amount of Rosé, was at the restaurant Le Ciel de Nîmes, on top of the “Carée d’Art” the Norman Foster-created modern art museum, after which we drove towards Uzès.

We stopped en-route to see the dramatic “Pont du Gard”, a UNESCO World Heritage Site, the second most visited national monument in France, and the best-preserved example in the world of a Roman Aqueduct.

Our guests stayed at the Maison d’Uzès, a Relais et Châteaux inside the town of Uzès. A very informal dinner in the evening took place at a local restaurant, Number Ten. 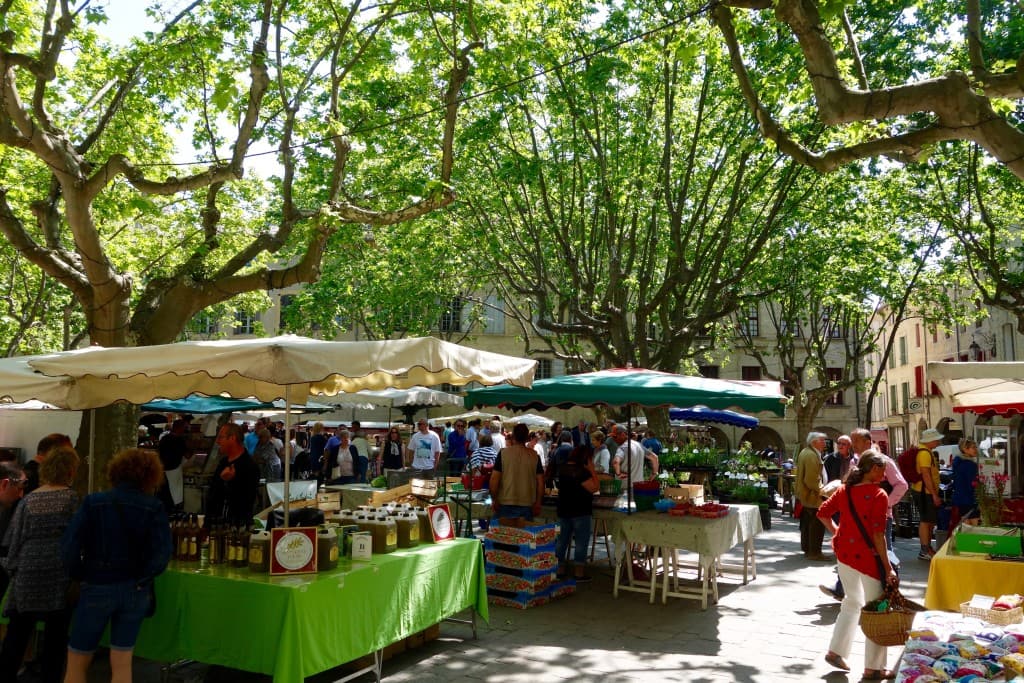 This was Market Day in Uzès, which has one of the more renowned markets in the South of France.  After breakfast at leisure at the accommodation, everyone was free to browse the market which is best visited early before the crowds arrive. Other sites to see included the Bishop’s Tower, the Medieval Gardens, the Cathedral, and the town’s park, where the 50 km Roman aqueduct to Nîmes begins.

Most of the group took advantage of a brief visit to Avignon, the home to the Popes for 68 years in the 14th century (and sundry Anti-Popes who stayed there for another 50 years). That was enough time for them to build an impressive palace and for the Cardinals to construct their lesser palaces in the area.  Perched on the river Rhone, Avignon has been a critical location for millennia. We visited the Papal palace, and the famous Pont d’Avignon and had a light lunch in the town at  Le Moutardier du Pape. 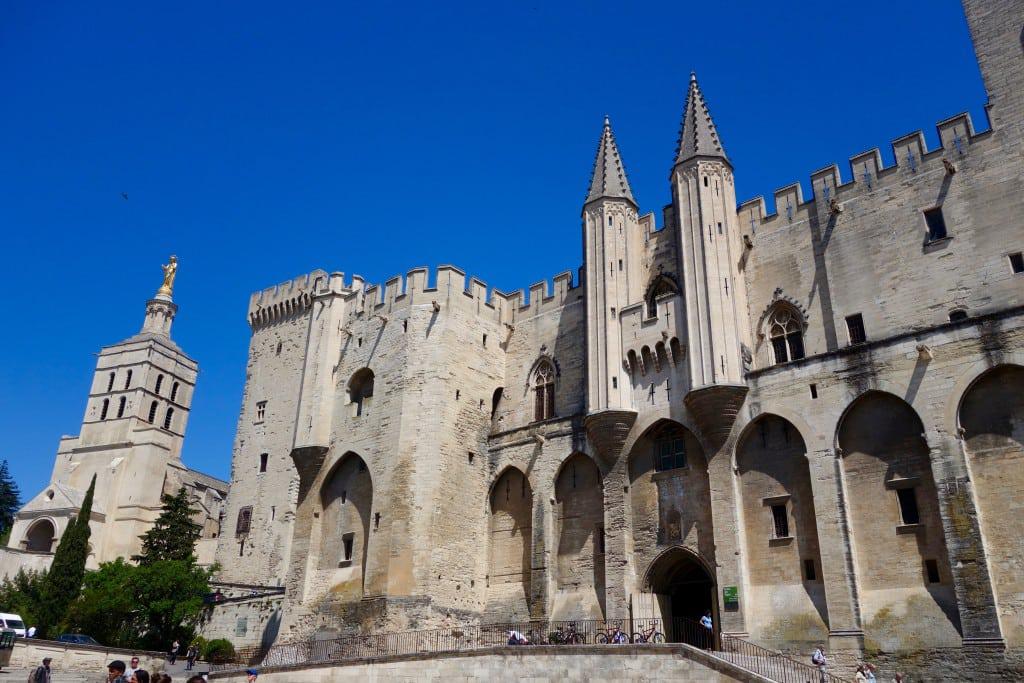 Apéritifs and dinner at the Doull’s home in Uzès concluded the day.

Guests were taken in the morning back to the Aix-en-Provence TGV station and Marseille Airport. 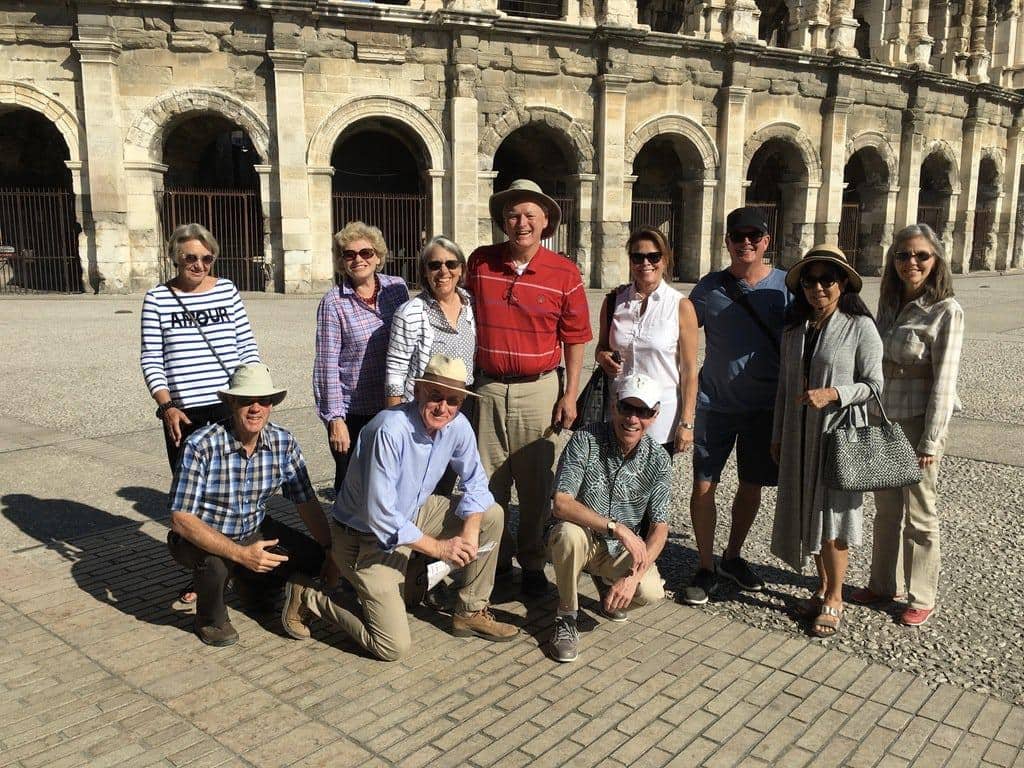 Missed Part One and Two? Relive the journey from the beginning: Part One / Part Two