South Africa’s northernmost province borders on Botswana, Zimbabwe and Moçambique. The Limpopo River, the second largest river in Africa draining to the Indian Ocean, is the border of South Africa for some 640 km. The eastern part of the Province is the home to South Africa’s citrus industry. 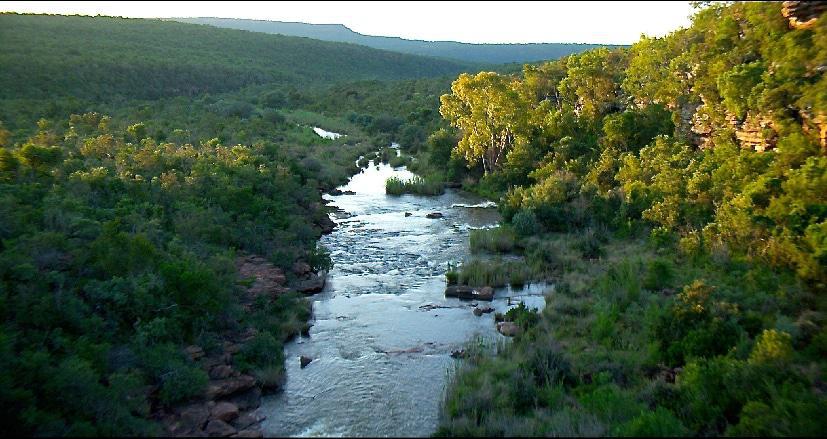 It is rugged part of the world, where water erosion over the millennia has carved spectacular landscapes. It is notable particularly for the Waterberg Biosphere, a UNESCO-designated Biosphere Reserve of some 5,800 square miles in the southwest of the Province. This region is a harsh but rewarding area of startling beauty, a beauty which lies in its superb vistas, mountain gorges, clear streams and rolling bushveld hills, all rich in indigenous species of plant and animal life – including the ‘Big Five’. This is an area where the heat is quenched and aching muscles soothed by the mineral baths of the myriad hot spring resorts. With human archaeological finds dating to the origin of human beings as well as abundant animal life in both formal and private game reserves, it is a well-endowed area off the beaten track for tourists.

One unusual tourist attraction is the Sunland Big Baobab, renowned because in its hollowed trunk there is established a bar and a wine cellar! The tree has been carbon dated and its age is estimated to be 1,060 years, plus or minus 75 years. 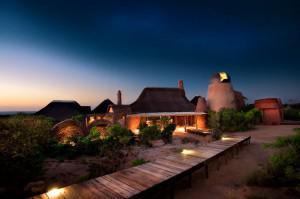 The Observatory
Three hours drive north of Johannesburg and home to the award winning Observatory Bush Villa – probably the most stunning safari house in Africa not only from an architectural and style perspective..
Read More…