​Beautiful Kwa Zulu-Natal​ (“KZN”)​ ,​ the “Garden Provence”,​ ​is a lush and fecund area, with two impressive UNESCO World Heritage ​Sites. These are the rugged mountains of the Drakensberg ​and​ the unspoiled coastal dunes​. The coastal area’s warm sub-tropical climate makes it the country’s most popular domestic location for winter vacations, and the coolness of the summers in the Drakensberg Mountains makes them popular in the summer. ​ ​Of special interest to visitors is​ the history​ and culture of the Zulus, the largest of South Africa’s varied tribes. ​Some of the best ​Game viewing in the country can be found here​, too. ​A​ visit to the dramatic battlefield​s​ of ​the Anglo-Boer War is another highlight of this Province​ , ​along with battlefields of the Anglo-Zulu wars.​

​In the the rolling hills of Natal, the “Midlands Meander”, ​is ​a famous craft route with many stops offering a wide range of gifts, curios and local produce. A ​notable location​ is ​ the​ Ardmore Ceramics Studio and Gallery, where this traditional Zulu art form has been raised to a unique level for functional and sculpted ceramics based on a dynamic fusion of African and western artistic traditions. The extravagant and charming ceramics produced by Ardmore are rooted in the identity of the artists and defined by the use of African animal shapes and forms, legends and myths combined with rich colour and exuberant decoration. The Studio now comprises approximately 70 Zulu women, mainly, and men. The grey stone stables on the farm were converted into a ceramic studio in 1990 and it remains as part of the Ardmore Ceramic Art Studio to this day. The works are now rightly famous throughout the world (even Queen Elizabeth II has a piece!). 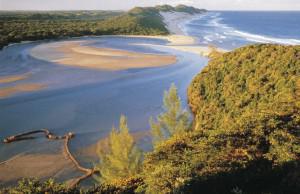 The Mouth of Kosi Bay

​T​he Greater St Lucia Wetland Park, an UNESCO World Heritage Area, ​boasts remarkable ecology, on land and in water. There are a number of special places ​but one we enjoy especially is in Zululand – the unspoiled Kosi Bay Nature Reserve ​that​ surrounds the rare and beautiful Kosi Bay lake system. It is a tropical paradise of crystal clear water, marshland, swamp and coastal forests that is home to about 250 species of bird. Hippo and crocodile bask in and around the lakes and the reserve provides a haven for a variety of rare fish, flora and fauna. The Kosi lake system has long been regarded as the best-preserved large estuary system on South Africa’s Indian Ocean coastline.

​Further south, around the​ Lake Sibaya ​ area, ​nature​ can be enjoyed via​ beach walks, guided walks, scuba diving, bird viewing, and dolphin and maybe whale ​-sighting​. ​Canoeing on​ the lake​ , snorkeling, beach-combing, ​and​ visiting​ the​ local ​communities is both fun and educational. ​ Sundowners with hippos on Lake Sibaya or ​ ​dinner under the stars followed by a possible night drive to see Loggerhead and/or Leatherback turtles​ are unforgettable experiences​. 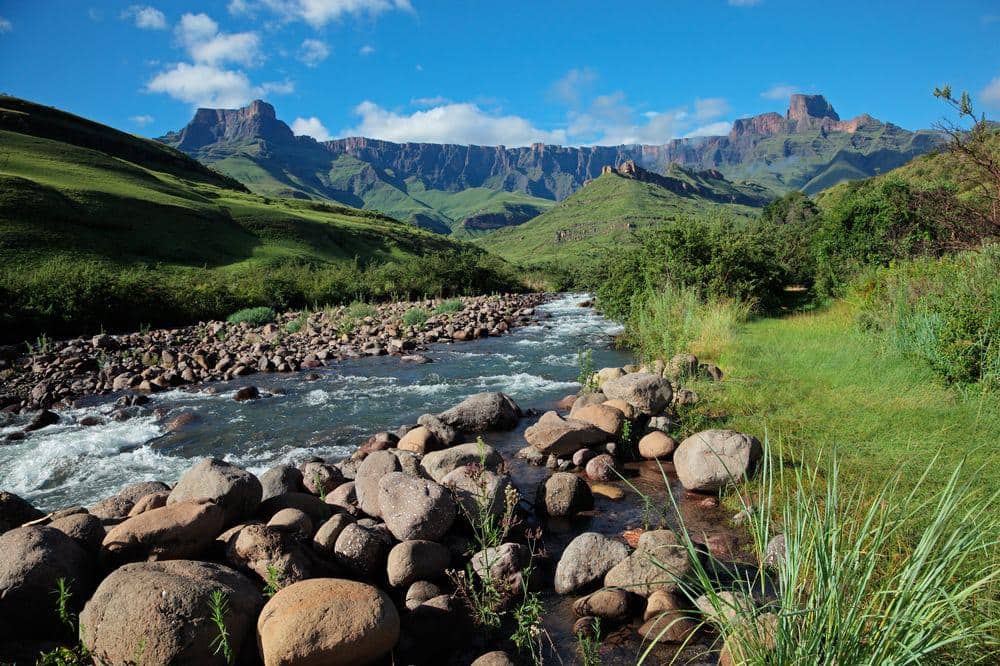 ​The city of Durban is the commercial centre of KZN, and the largest port in Africa. Its natural bay was first discovered by Portuguese explorer, Vasco de Gama, on Christmas Day 1497, hence the name “Natal” that he gave to the location. ​A major industrial city, it is been a major trading port for the country since it was established early in the 19th century. Like Cape Town, Durban is a cosmopolitan city, particularly notable for its Indian population. The origin of these people were as indentured labour brought in by the British to work the newly-established sugar farms​ that now form a significant part of the landscapes both north and south of the city. ​ There are over a million people of Indian extraction in Durban, adding yet another dimension to the ethnic patchwork quilt that is South Africa. 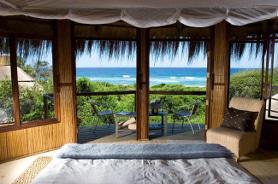 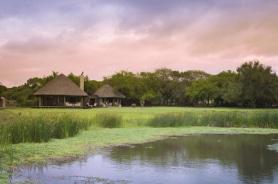 Zuka Lodge
Characterised by hues of blue and stone, with a strong emphasis on shape and texture, Zuka’s overall ambience is that of cool, coastal bush style – a sophistication of simplicity.
Read More… 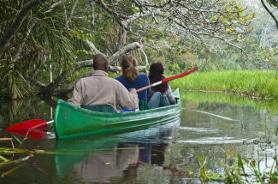 Kosi Forest Lodge
Guests are accommodated in thatched bedrooms, on raised wooden decks, hidden in the sand forest, with romantic outside bathrooms set under the
lush leafy canopy.
Read More…