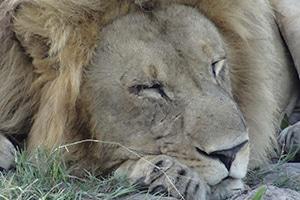 Botswana is an African Paradise with one of the most extraordinary eco-​systems on earth.​ Gliding through the watery glades of the Okavango Delta is an unforgettable experience for a fortunate few. For game-viewing and safaris, there are few better places for wildlife lovers and nature fanatics. It is home to Elephants, Rhino, Lion, Leopards, Buffalo, Cheetah, and an ongoing endless list of birds, mammals, and reptiles. Botswana is committed to developing a low-density, high level tourism to protect its most precious asset; its land and its animals. For those wedded to luxury accommodation, we have selected some of the finest accommodation, all of which are dedicated to preservation in their philosophy.

​Botswana is ​undoubtedly the most successful of the many, African countries that attained their independence from colonial rule in the 1950s and 1960s. This is most likely due to a relatively small and homogenous population, a far-seeing and capable first President, Sir Seretse Khama, and considerable mineral wealth, especially diamonds. Today it is the largest gem diamond producer in the world.

An arid land, originally home to the hunter/gatherer Koi and San peoples (sometimes known as Bushmen), who were overwhelmed by both white men from the south and black men from the north, it is landlocked and surrounded by Namibia on the west, Zimbabwe in the north, and South Africa in the east and south. It has a remarkable and unique exception to the general aridity – the largest inland Delta in the world – the Okavango. Botswana was made a British Protectorate in 1885 at the initiation of Cecil Rhodes. However, the people lobbied hard and successfully in London to keep it out of the territory which Rhodes controlled through the British South Africa Company. Botswana became independent in 1966 and has been successful politically and economically ever since.

Cover image of elephants by andBeyond.

Xaranna Okavango Delta Lodge
Nine tented suites, with four-poster beds of blonde wood set atop bleached floors, from which you can gaze upon the beautiful expansive scenery, exude a light and ethereal atmosphere
Read More…