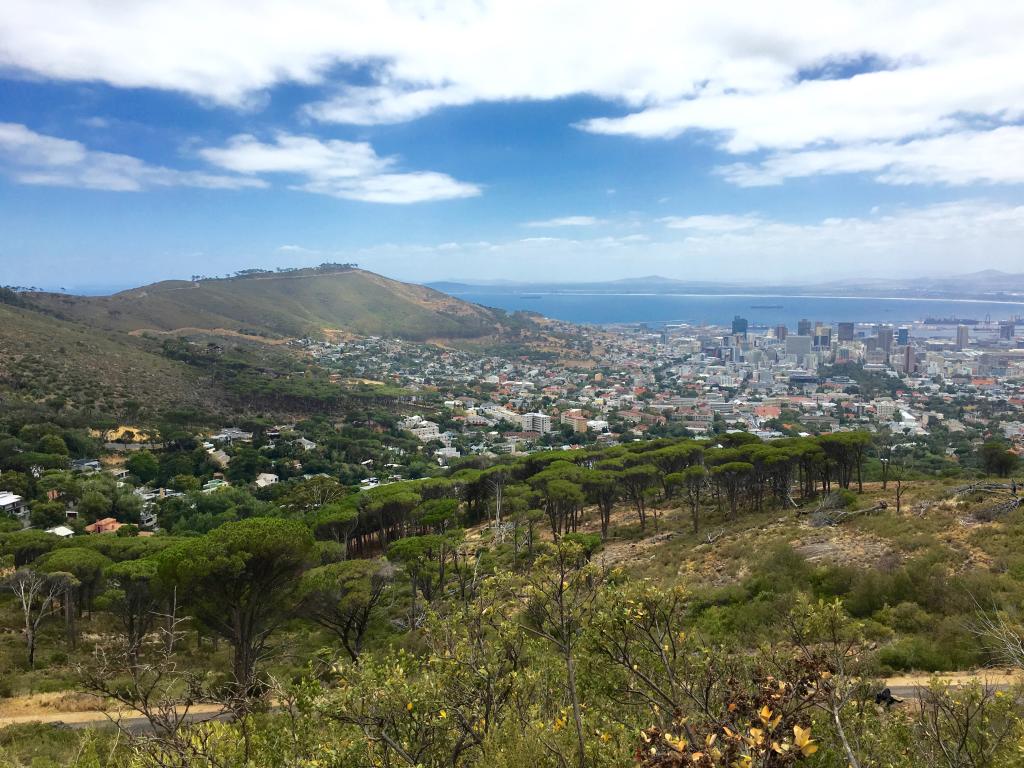 We are in South Africa at the Cape of Good Hope. An appropriate appellation, as with the demise of South Africa’s President, Jacob Zuma, and the installation of the new President, Cyril Ramaphosa, a tsunami of good hope is flowing over the country. No one doubts the enormous challenges facing Ramaphosa, but there is hope that his devotion to Mandela’s legacy, his “struggle” credentials in the anti-apartheid years, his trade union and business experience, and above all, his integrity, will allow him to overturn the kleptomaniac behaviour of the previous Administration, and resurrect the wisdom and morality epitomised by Nelson Mandela.

Despite the corruption of the Zuma years, South Africa’s attraction as a tourist destination remains unparalleled. Commendable Travel guides travellers to the most interesting and the most beautiful places in the country as well as to as to many of the neighbouring countries. In recent weeks, we have covered a number of areas in the Western Cape, most notably Cape Town and its Peninsular, the wine areas of Franschhoek, Stellenbosch, Somerset West, and the Hemel & Aarde Valley, and the coastal resort of Hermanus. A few words and a few photographs of each of the stunningly beautiful areas will follow over the next few days. 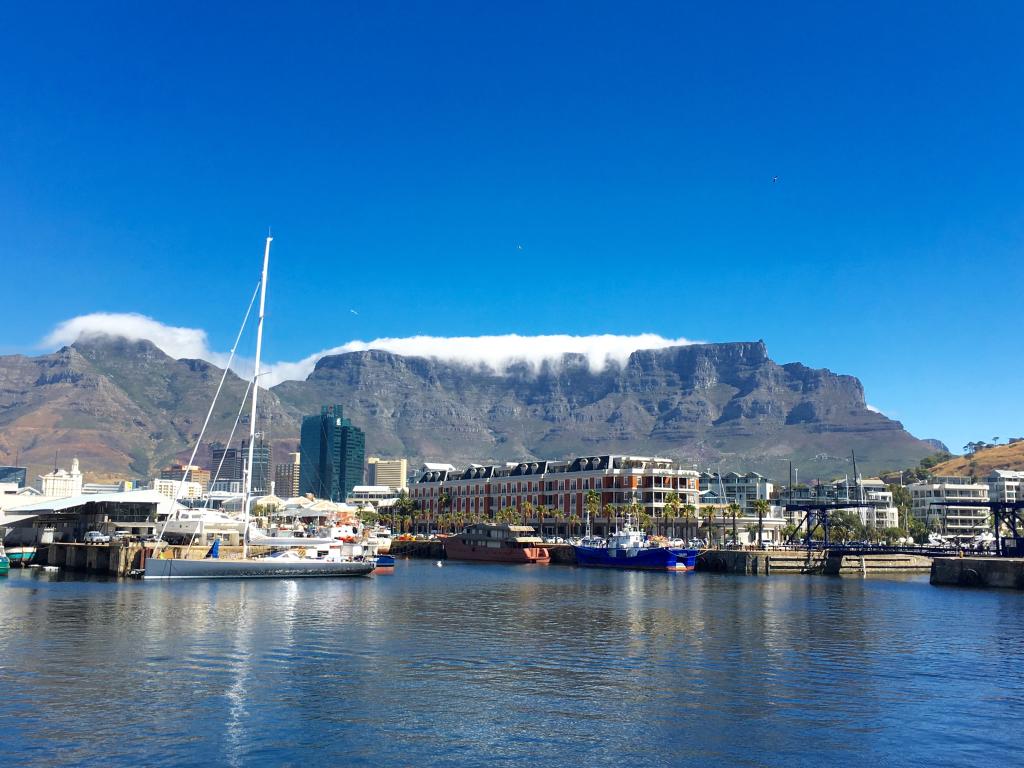 Cape Town & Peninsular
Recognised globally as one of the most beautiful cities in the world, Cape Town continues to seduce the visitor. We spent some days in a private home in Newlands, a lovely area in the shadow of Table Mountain, only 15 minutes away from the city. As ever, Table Mountain looms over the city, and on some of the days, the “tablecloth” of white cloud draped appropriately over the “Table”. 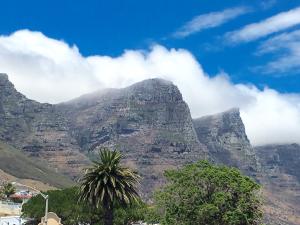 Down the west side of the peninsular, the Twelve Apostles mountain buttes thrust themselves outwards to provide a dramatic backdrop before entering the adrenalin-stirring, cliff-hugging Chapman’s Peak Drive. The Nature Reserve at the bottom of the peninsular offers sightings of ostriches, zebras and baboons in the route to the rugged cliffs of Cape Point, pounded by the cold current from Antarctica. Many an ancient mariner was lulled into thinking that Cape Point represented the southern-most tip of the African continent, only to discover that only occurs some miles further east at Cape Agulhas. On the eastern side of the peninsular is the fascinating colony of African penguins, adorable creatures in their black and white “attire”, gathering at Boulders Beach, just south of the naval base at Simons Town, with its the Victorian architecture. A day is hardly sufficient to enjoy everything that the Peninsular offers. 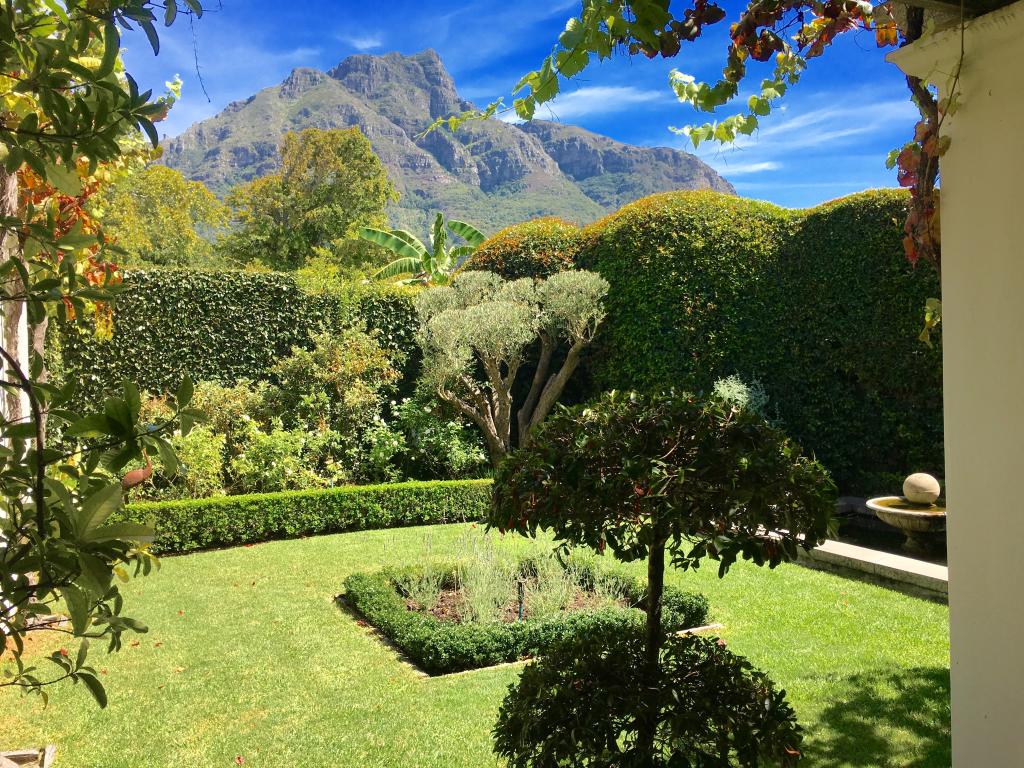 Cape Town has a thriving cultural and artistic life, much of it centered in the downtown area. The area of the “Company Gardens” (i.e. the East India Company) besides its plethora of historic sculptures and native flora, is home to Parliament, the National Art Gallery, and other numerous museums and galleries that all provide perspectives on the history and cultures of this more than 400 year old city.

We obtained tickets to the revival of the famous 1950’s South African musical, “King Kong”, about a famed boxer, not a Gorilla, playing at the Athol Fugard Theatre – a stimulating and tempestuous experience! We had grabbed a quick dinner before the show at the nearby Dias Tavern, a Portuguese restaurant celebrating the arrival of Bartholomew Dias at the Cape peninsular in 1497, and where we dined on local fish and prawns in a casual setting. 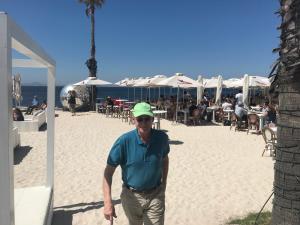 A striking recent addition to the Waterfront is the Zeitz Museum of Contemporary Art. Located in an old agricultural silo, it is as fascinating for its architectural conversion as for its art collection, said to be the largest collection of contemporary African Art in the world. Of course, the Cape has excellent restaurants throughout the area. We enjoyed an old favourite, Aubergine, a top notch restaurant in downtown, and the 1682 Bistro at the winery on the Steenberg Estate, where a “tapas” menu is very well prepared, and the architectural setting is divine.

We have to mention also the Grand Café, near the Waterfront. Stroll to a table planted in the sand, kick off your shoes, order a glass of South African Rosé from a nearby vineyard, some mussels, prawns, calamari, or a gourmet pizza, and sit back and chill while soaking up the sea and mountain views. 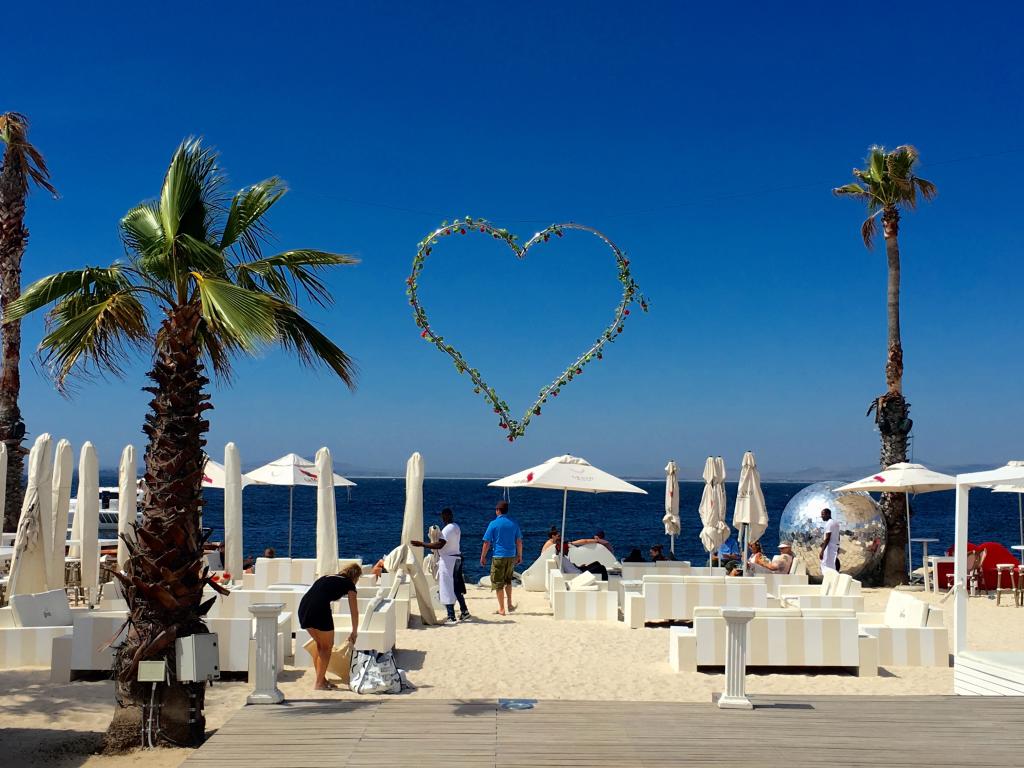 Join us as our tour and adventure continues. Next on our next blog – The Wine Country