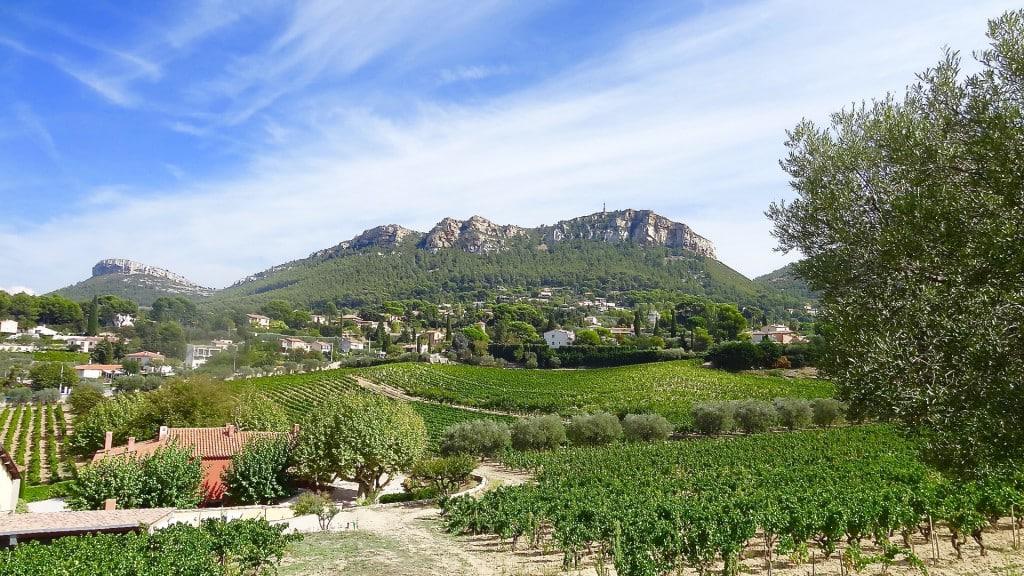 We just completed a stunning 8-day guided tour of Provence (and a bit of the Languedoc, too).  This was necessarily just a few of the highlights of Provence, as there is just so much to see and do in this historic and beautiful area. The focus was on the history and the culture of this fabled part of France, punctuated by its beauty, its food, its wines, and its lifestyle. The Mediterranean climate, the rugged terrain, with vineyards, olive groves, and lavender-covered hills and fields, the archaeological and architectural remnants of Roman through Medieval and Renaissance times, the scintillating scenery, and the careful safeguarding of the area’s resources and environment, perpetuate a history that has captivated visitors for centuries. Provence is a magnet that draws all who discover it, back again and again. In a 3-part series, we recap our tour of Provence below over the span of a few weeks. Enjoy the journey, and we hope to see you next time! 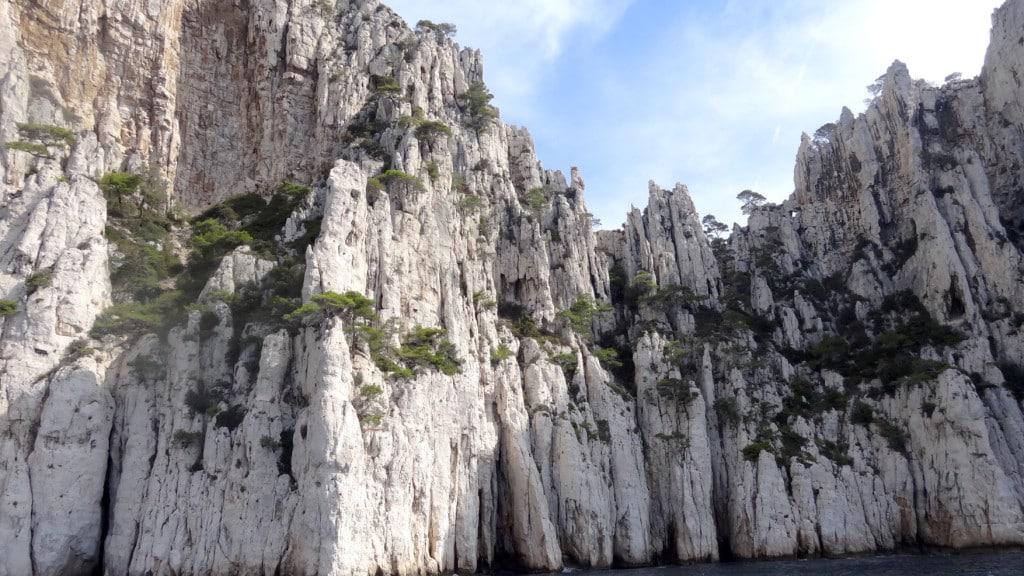 The Cliffs of the Calanques

A day devoted to Cassis, an historic fishing port. After an early start, we split up into two groups, one group taking a boat tour of the “Calanques”, the beautiful 5000 hectare national park between Marseille and Cassis with its white cliffs and coves, and the other hiking around the “Calanques”. 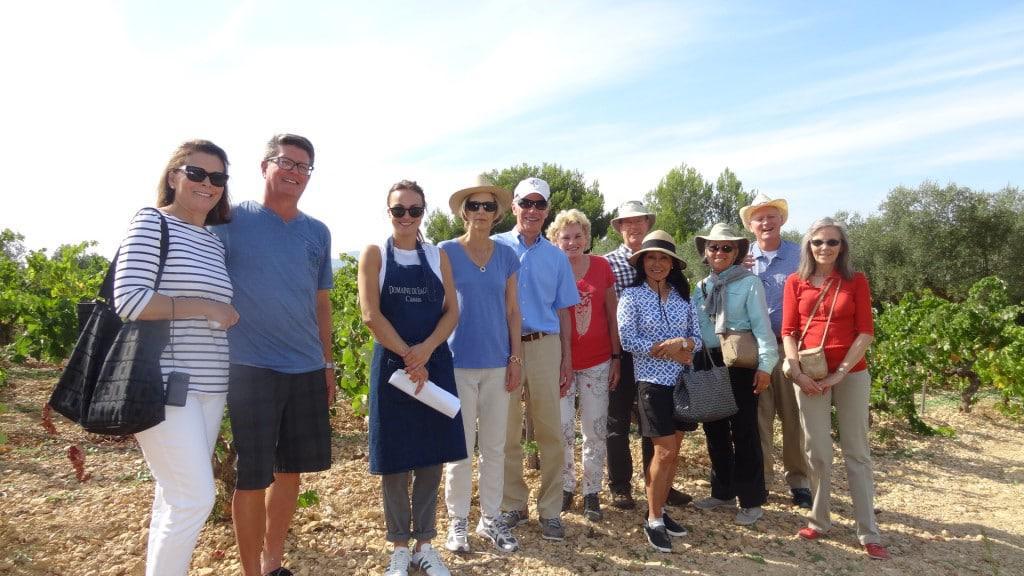 Lunch was at a little bistro on the port, Le Cendrillon. We then strolled through the town to partake of another “dégustation”, this time of the wines of the Domaine de Bagnol, one of the excellent producers of Cassis wine, taking the opportunity, unscheduled, to detour to see sites not normally visited by most tourists to Cassis. A late afternoon return to the Relais for a dinner under the stars.

The Castle at Cassis

In the morning, we left the Relais and drove to Les Baux-de-Provence, the legendary home of the Lords of Baux who constructed their medieval castle on a site that dominates the entire area.

We first stopped to visit the most unusual, and visually stunning, “Carrières de Lumières”, a high technology multimedia performance of Chagall’s art in the ancient and giant caves that were quarried to build the château.  This is a “must see” for any visitor to Provence, as it is a simply unique experience. 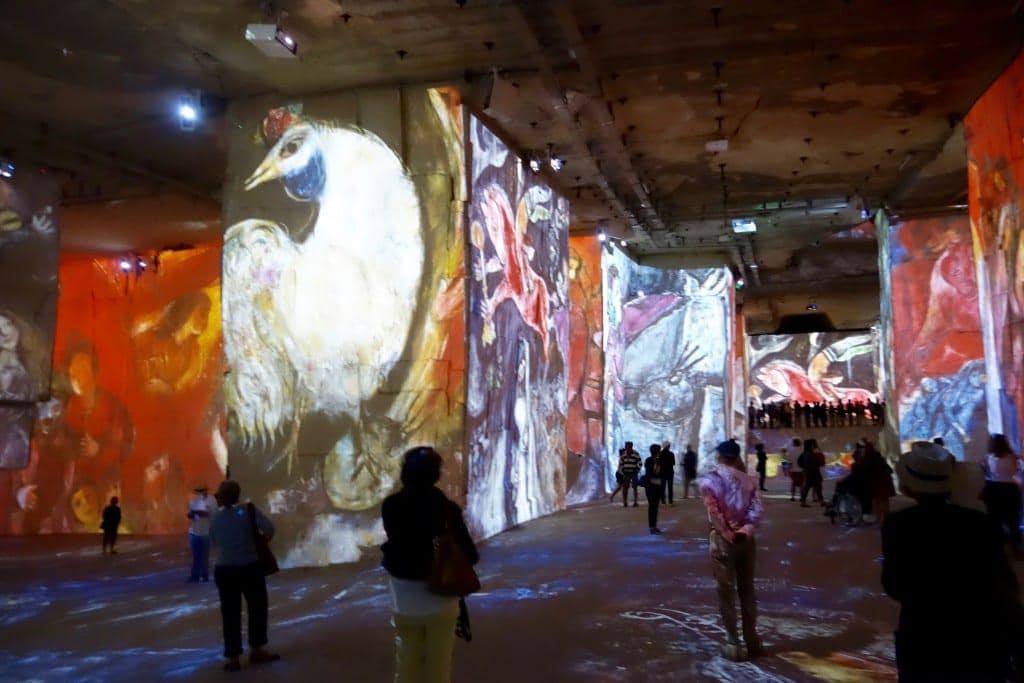 We then went to lunch at L’Oustau de Baumanière, the two-Michelin-starred restaurant of chef Jean-André Charial – a delightful and delicious experience on the shaded patio !

After this treat, we checked in to Baumanière, a famous Relais et Châteaux property which has to be one of the loveliest places in the world. Our guests were free to take a nap, or have a swim, or visit the castle and town of Les Baux or wander this very attractive countryside on foot. We had chosen a simple local restaurant in the village, Au Porte Mages, for our supper. 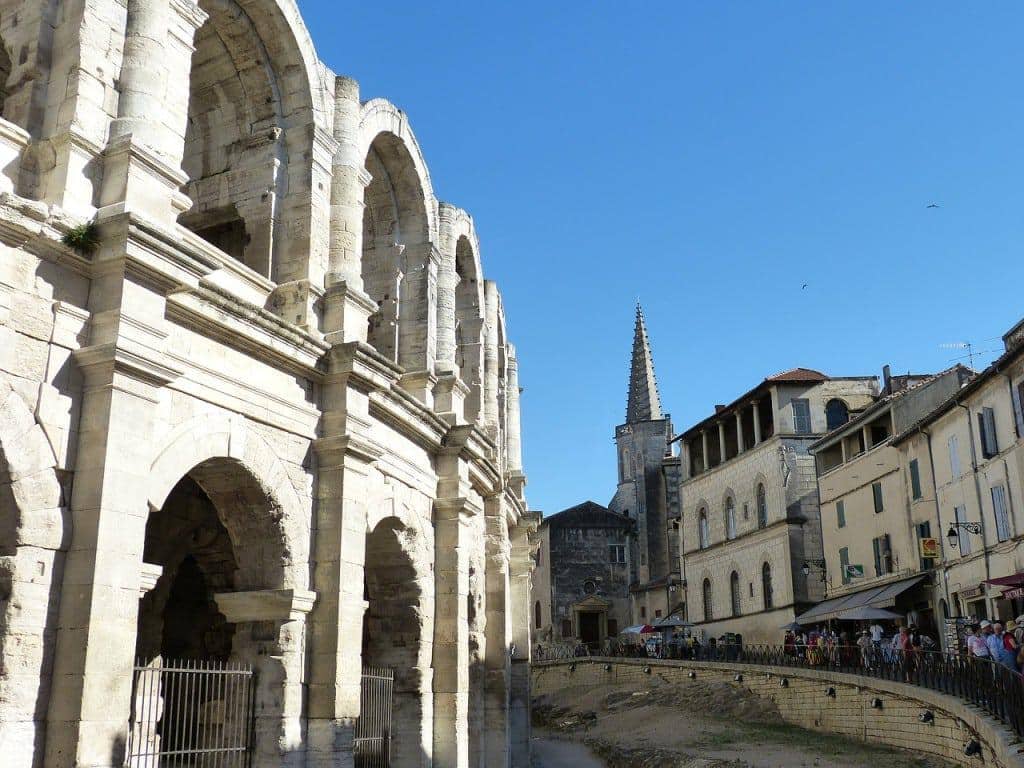 Arles was our focus in the morning. However, first we visited the site of a stunning new art centre under development, created by the LUMA Foundation. Frank Gehry has designed a remarkable “tower” there, which will only open in 2018, so we were able to see it under construction. A remarkable multi-screen performance of “More Sweetly Play the Dance”, created by the notable South African artist, William Kentridge, was playing at LUMA and we were privileged to watch this unusual performance. 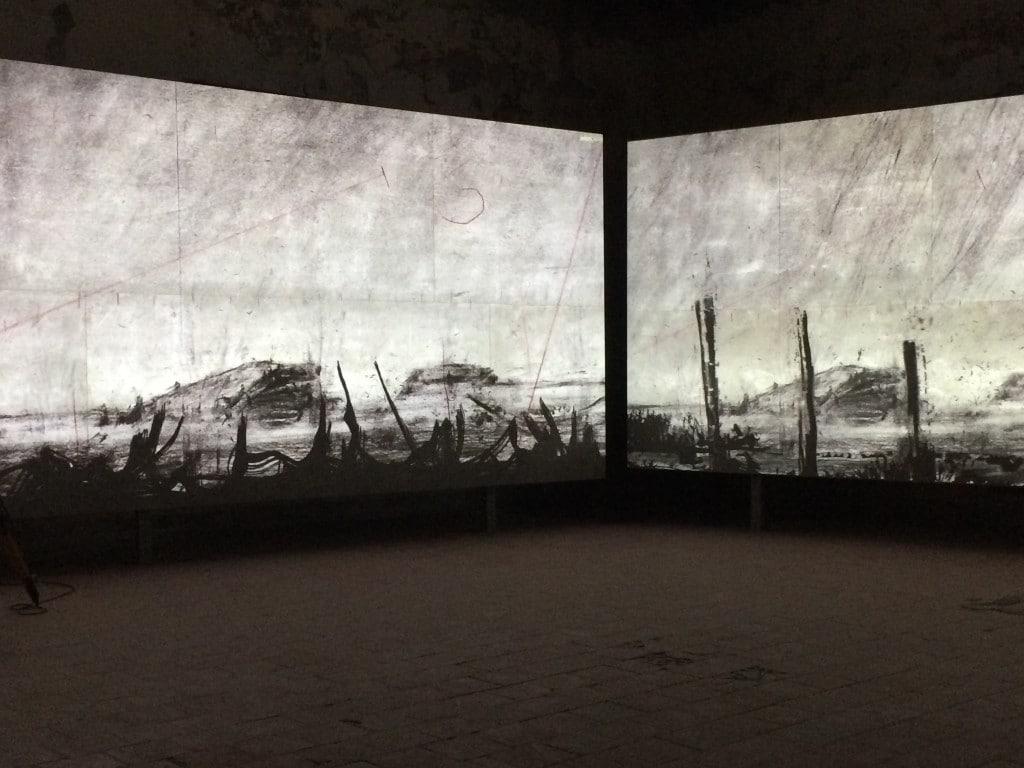 Arles was also major Roman centre, as evidenced by the many such monuments, including the enormous Arena/Amphitheatre, built between 80 and 90AD, which became a Fortress in the Middle Ages with more than 200 houses inside. In the 1820s the restoration resulted in the Arena holding its first bullfight, an activity still current.  Picasso often came here to watch bullfights. The Antique Theatre was built around 27-25 BC and is used today for the purpose for which it was built. 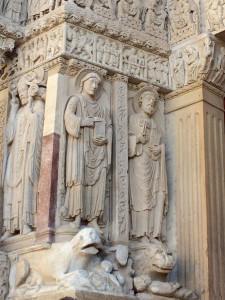 Strolling Arles’ streets is magical. We also visited the 12th century Church of Saint Trophime with its exquisite carvings. Vincent van Gogh produced more than 300 paintings while he lived in Arles in 1888/9, but unfortunately the “Fondation Vincent-van-Gogh” was closed for a few weeks while we were there.

After lunch,we stopped for a stroll in St. Remy-de-Provence on the way back to our hotel. The dinner at the other of Baumanière’s two restaurants, Le Cabre d’Or, was another treat for us all.

Stay tuned next week for Part Three of our Provence Tour!

Missed Part One? Relive the journey from the beginning: Part One