The East of Africa Trip- 25 February to 16 March

Combine the best of African Wildlife, a healthy dose of the sophistication of South Africa, and the bitter, but fascinating taste of the history of the Slave Trade on the East Coast of Africa for a spicy mix and a great African tour. Keep reading to learn more… 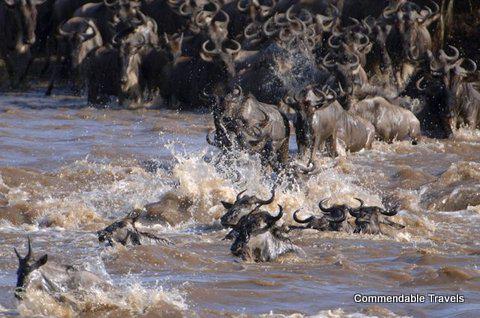 The Tour takes off from Johannesburg Airport with a less than an hour’s flight to the east, in the province of Mpumalanga, an area of extraordinary natural beauty adjacent to the Kruger National Park and to Mozambique. Here, we explore by car, on foot, and possibly on horseback for those so inclined, visiting the the remnants of the old towns of the first gold rush in South Africa in the early 1880s, as well as the Jane Goodall Ape Sanctuary

South of the Kruger, the unique and dramatic private golf course Leopard Creek is our home for the first two nights. Guests may play golf on this amazing course frequented by wildlife, but cleverly landscaped to protect the golfers, unlike errant golf balls that may disturb slumbering hippos and crocodiles. Non-golfers may instead chose to visit the Kruger Park and see the wildlife in their more natural habitat. The next two nights will be in the beautiful forest surrounds of Cybele Forest Lodge, a long-established country house for the cognoscenti of Johannesburg. With an impressive spa, excellent cuisine, and great walks in its grounds, we will need to be motivated to to leave the property for the visit to the dramatic Blyde River Canyon, by some measures, the second largest canyon in the world, but in a lush environment, and well worth the trip.

We return to vibrant Johannesburg for three nights, to stay at The Westcliff, an Orient-Express Hotel, that we find irresistible. Our program here includes the remarkable “Cradle of Humankind”, an UNESCO World Heritage Site north west of the city, where our oldest human ancestors have been found. The name Cradle of Humankind reflects the fact that the site has produced a large number, as well as some of the oldest, hominid fossils ever found, some dating back as far as 3.5 million years ago. Here the Sterkfontein Caves alone have produced more than a third of the early hominid fossils ever found. The following day, we will have the opportunity to observe, and acquire, the creative artistic output of South African art at galleries and crafts fair, and in the evening to attend an African performance at a Johannesburg theatre. At least on one evening here, we will host some interesting and well-known South Africans which will elicite some informative discussions.

We leave the affluence of the “City of Gold”, and fly to Nampula in Mocambique, followed by a drive to the historic and tiny “Ilha de Mocambique”, another UNESCO World Heritage Site. An island linked to the mainland by a causeway, this was the capital of the Portuguese colony of Mocambique for four centuries and is one of the rare repositories of historical architecture in the country. The island is a magical mix of colonial Portuguese and old Swahili architecture, and was a major fort for the Portuguese Slave Trade. We will stay in a 6 bedroom Guest House, the Terraco de Quitanas in the “Stone Town” part of the Island, which overlooks the sea.

After a day and two nights exploring there, we fly to Dar-Es-Salaam, the Capital of Tanzania, connecting immediately via a 25 minute flight to the Island of Zanzibar, forever associated with sultans, harems, slaves and spices.

The capital of Zanzibar, Stone Town, is also an UNESCO World Heritage site, and we will spend two nights there in a lovely boutique hotel, Jafferji House, owned by a renowned photographer. We explore the fascinating history of the town and the island, with its curious melange of Arab, Indian and Swahili architecture. We will spend a morning visiting the town on foot, and in the afternoon will visit the ruins of the some of the Sultans’ nearby palaces.

After Stone Town, we will visit a Spice Farm, to see and taste the spices that made Zanzibar so famous. After a good lunch, it will then be time to relax for three nights at a 6 villa luxury resort, The Palms, on the eastern side of the Island, but with numerous optional activities like scuba diving, visiting a reserve for the unique “Red Colobus” monkey, taking lunch at The Rock, on an island the size of the restaurant itself, in addition to being spoilt by the wonderful meals and service at The Palms. Think “Lobster”, grilled and served on the beach!

Finally, we fly to Arusha in Tanzania, the central airport for Tanzanian safaris, to spend four days in the Serengeti, possibly the most famous wild life reserve in the world. Operated by &Beyond (the creators of the “Phinda Reserve” in South Africa, inter alia), who acquired some of the best wildlife lodges in Tanzania many years ago and returned them to their former glory, along with a focus on sustainability.

We will stay four nights with the fabled tented “Serengeti under Canvas“, following the thundering herds of the Great Migration. This is the best possible viewpoint for this extraordinary annual spectacle. Our camp will move to a variety of private campsites throughout the national park depending on the path of the migratory herds. This is spectacular. Imagine arriving into the midst of moving masses of wildebeest and zebra! Get ready to witness the natural drama as herds brave obstacles and predators to reach rich grasslands.

However, you will not be staying in your average boy scout tents! Comfort and luxury are assured, while in the evening, we will relax under the night sky and sample African cuisine served on sparkling crystal and silver that reflects the sparkling light of millions of shining stars. We’ll cluster around a roaring campfire to share stories of the day’s magic and listen to the African night come alive.

In combination with “Serengeti under Canvas“, we have negotiated an additional two nights at Lake Manyara Tree Lodge, offering something completely different. Nestled in dense forest between the lakeshore and the steep Rift Valley escarpment, this lodge is perfectly positioned to explore the park’s wealth of habitats. Its stilted tree-house suites cradled in the boughs of a mahogany forest are the perfect spot to relax and unwind after the excitement of the Serengeti migration. The Manyara Park is famous for its tree climbing lions, large herds of elephants, as well as flamboyant flocks of flamingos, and amazing bird life, so there will be plenty of wildlife to see.

The trip ends back at Arusha and from there you will head to either Nairobi or Dar Es Salaam airport, for your chosen international return.

This trip will give you one of the greatest wildlife experiences in the world, with unique wildlife and birdlife. You will also get a flavour of the history of the Indian Ocean trade between Africa and Asia, of the Arab influence in Sub-Saharan Africa, of French, British, German and Portuguese colonial activities in Africa and the Indian Ocean, of the slave trade and how it differed from the West African/Atlantic experience, and a perspective on the political and economic changes of these places in the last decade. We aim in all of our trips to provide a blend of history, wildlife, stupendous scenery, exercise and relaxation. These three weeks will be a once-in-a-lifetime experience!

International flights before arrival in Johannesburg and after Arusha, Tanzania are not included. A deposit of 25% is required in advance, and the balance can be settled a few months later. If you are constrained for time, it is possible to participate in just part of the tour – just ask us for the pricing.

There is a minimum group size of 8 people, so if you would like to come with some friends, just let us know. For those committing to this trip, we will provide a detailed itinerary, along with information about visas, climate, clothing, baggage, etc.

If you would like to put together your own group of friends or family, we can put together a trip like this one, or a 100% South African one, or our Namibia trip, or even a custom designed one. We would be happy to book, organize, and send you on your way; or even to act as your guides if you choose.

Any questions? Send them to info@commendablerentals.com.

We’d love to have you along!